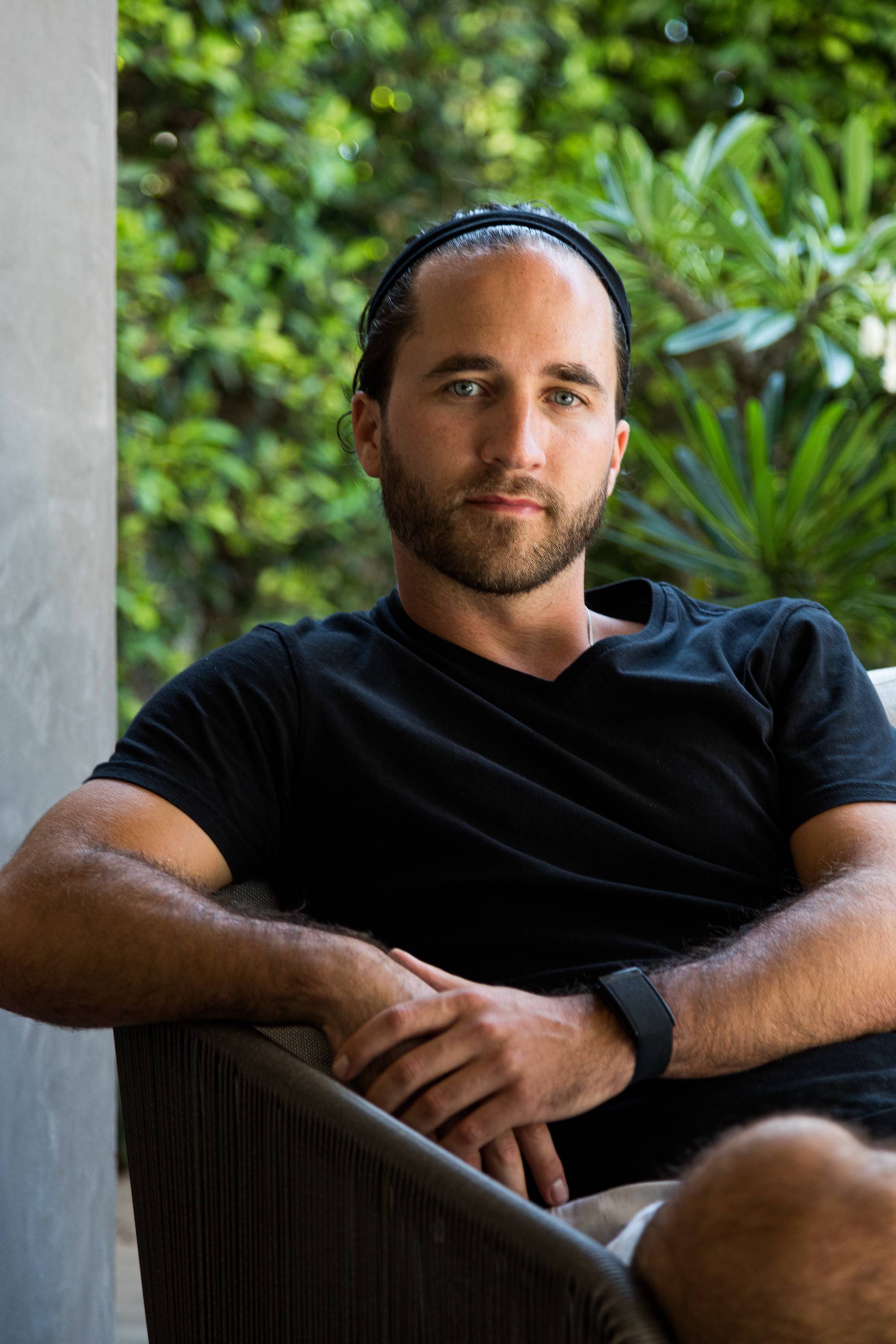 Scott is an impact investor holding a decade of Wall Street experience. He left the financial district to combine his two passions: people and health. As cannabis evolves, it’s becoming less about stoner culture and more about wellness. Scott is dedicated to leading Pantry from the forefront of cannabis health and is continuing to grow across the country as legalization sweeps the nation.

Good Sleep Can Change Your Life.

How an unsustainable lifestyle led to Pantry's adaptogenic sleep products.

Pantry Food Co. was founded with two things in mind: cannabis and wellness.

Scott Jennings is the founder and CEO of Pantry Food Co. Before starting his journey in cannabis, Scott worked on Wall Street in New York City after graduating college in 2009, right in the middle of the Global Financial Crisis.

“I was pushing my body to the limit, operating on no sleep and very little downtime,” Scott continued. “Then, I decided to open a bar and work on Wall Street at the same time, so I was working even more. I was drinking quite a bit of alcohol then, so I turned my hobby into a business. I often went straight home from the bar to shower and go work on Wall Street with no sleep. That’s not sustainable for the human body and I began to feel that.”

Scott experienced agitation, little patience, irritability, and being quick to respond to stress. His career took control of the driver’s seat and determined what was important and what wasn’t, with sleep being placed at the bottom of the list.

“I soon realized my body wasn’t invincible, after experiencing loss of patience, irritability, and even anger. It was time to protect my sleep a little more. On top of running the bar at night and working on Wall Street during the day, I remained active. I was running Brooklyn half-marathons in the Central Park loop or being active in other ways. My body simply wasn’t getting enough rest for the amount of work it was putting in.”

Scott began to revisit his definition of health.

“It’s beyond going to the gym and being active, which I was already doing. Your health encompasses sleep, your mental health, nutritional health, and beyond.” He began to learn about different ways to manage health, including yoga, stretching, and breathing techniques.

“Above all, changing my sleep changed the trajectory of my health. I truly believe I operate best when I sleep well, and sleeping well goes far beyond the amount of hours you get at night,” said Scott. “As I started to focus more on my sleep, I began to consume more cannabis around bedtime. This is after the pinnacle of my drinking career, where I started drinking less and consuming cannabis more. I noticed that I was on a big journey to redefine what health meant to me, and cannabis played a huge part in helping me sleep better.”

The Nite Bite is born.

Scott’s mission for Pantry Food Co. is to offer health-conscious cannabis consumers with not only a smoke-free consumption method, but one that uses only the most nutrient-dense ingredients. Scott has asthma, so smoking isn’t always his first choice, which led him to edibles.

“So now, running Pantry, I sit and think, ‘How can I help more people?’”, said Scott. “And sleep is a huge part of our wellness, it’s vital to how we function. So that’s why Pantry developed a product specifically for sleep, our Nite Bites. It’s got ancient adaptogens, which have been around and used for thousands of years, the minor cannabinoid CBN which is thought to help sleep, and just a touch of melatonin.”

While the Nite Bites play a vital part in Scott’s bedtime routine, they aren’t the only part. “There’s no silver bullet for better sleep,” said Scott. “I don’t just eat my Nite Bites and think that’s enough to reset and rest my body. In addition to consuming cannabis, the Nite Bites specifically at bedtime, I wake up and go to bed with the sun to align my circadian rhythm with daylight. I also put my phone down an hour before I get in bed. I started with 30 minutes and worked my way up to an hour, and it was honestly one of the best decisions I’ve ever made.”

Scott said he also eats an early dinner, around 6 or 6:30 PM, along with drinking water before bedtime and maintaining his active, yoga-filled lifestyle. “Native Americans used the technique of drinking a ton of water before bedtime because the overwhelming need to go to the restroom would wake them up early,” said Scott. “It’s not exactly the principle I follow, though I don’t use an alarm clock, either. I believe proper hydration to be a fundamental pillar of health, which is mainly where my water intake before bed stems from, though it’s interesting to see how the Native Americans utilized water to achieve their goal of waking up early.”

"I’ve never felt better,” said Scott. “I’m rested, revitalized, and reset each morning when I wake up. It allows me to be the best leader I can be for my team and the best me for my family and friends. The difference between me in 2009 and now is mind-blowing, despite being a decade older. My career was great, but my sleep and my overall health was not and that took a toll on my life. I’m so excited to help people get a better night’s rest and be their best selves.”

Find Pantry's Nite Bites and more in California and Colorado, available in-store and for delivery. Don’t know your cannabis dose? Check out our dosage calculator and find the best starting point for you! 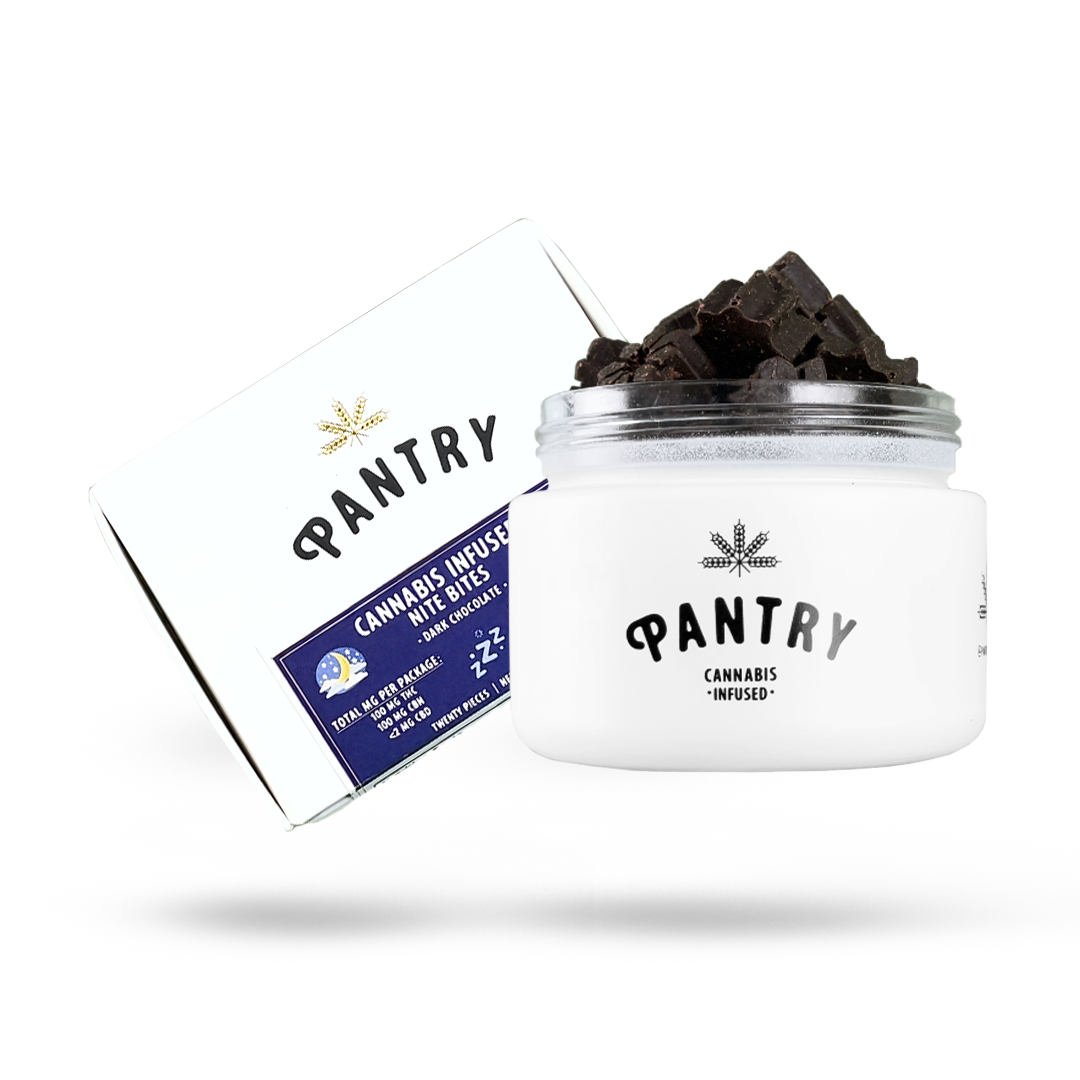